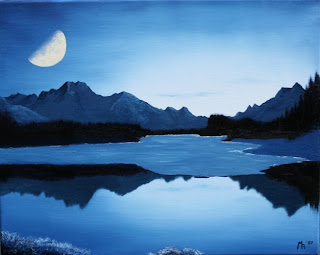 But not before I hibernate a little.
NOvember didn’t work out so well, but it is with a renewed sense of discipline that I look forward to Nice and Not Naughty December [NNND]. I truly am looking forward to this, although I’m not entirely sure what it means. I know it means no sex. I think it might also mean no dating, although I can think of one feller who wouldn’t get a “no” if he asked me out on a date. Perhaps two, but it’s early still…

I joined an internet personals site. It’s not the big one that guarantees a life partner (hahahaha), but one of those hip, sexy ones that is free, unless you want to access all of the features. What a strange process it is. Writing clever profile details, choosing the perfect photos, and then browsing through page after page of eligible singles. It’s so surreal.

Some of the profiles are obvious. People who probably have no luck working up the nerve to meet women in the flesh, guys with ridiculously jacked bodies who are just looking to get laid (like a feller from Hamilton named gspotorgasm. subtle) and those scary ones that look like they could be really amazing, but are most likely looking to get laid, or are married with kids and lying about everything.

Perhaps I shouldn’t be so cynical going in?

Right now, between each paragraph I type, I’m scrolling through photos of dudes. You can create a list of the people you are interested in, but I can’t tell if it’s a private list, so I’m avoiding this because I don’t want people to feel like they are on some sort of bizarre catalogue “wish list”. I also don’t want to make the first contact. I’m always making the first move, and I’m so sick of it.

I had scarcely filled out any of my details, and a fellow sent me a note. That’s what started me filling out all of my profile. He’s cute, but he’s a drummer, and I’ve been cautioned against musicians many times. He sent a nice note though. Really nice. And on his profile page, he references the movie Amelie. I hadn’t even filled out those kinds of details about myself. He also likes farmland. And we were in Paris for the first time at almost the exact same time.

Still emailing the drummer. He gives good email. I’ve received a couple of other emails from people, but none are as interesting. I think we’re going to meet in person. I’m so incredibly busy though, it will be tricky for the next two weeks. I sent him my first promo shot. A big risk. The others have been “normal me”. I’m learning that some people have a really hard time realizing there is more to a burlesque performer than fun, sexy times. We have agreed that we need to meet in person before he ever sees a show.

I realized this evening that there is some kind of cap on this particular site. I’m now fearful that our correspondence will get cut off, and I’m not prepared to pay for membership. It occurs to me that because my world is so incredibly small that we probably know mutual people. I cringe as I type this, but I did a little bit of looking around on Facebook. Sure enough. Three mutual friends. Ironically enough, all three have shared a stage. Sigh. I didn’t add him as a friend. I figured that would be creepy.

I’m editing myself as I type. Interesting. I think because this is the first very specific email about someone else, besides Gaetan in Paris. Suffice to say that if I meet this guy, and we hit it off, I will not continue to divulge details in such a manner….

Other exciting news – I’ve had nearly five days in a row with nothing to do except rehearsals, and have enjoyed lots of at home alone time. I now realize this is essential to my mental well being. It’s so much better with Arthur to share it with. He’s the perfect four-legged, hairy companion on a dreary winter’s night. December is going to be hard without him.

Solo Christmas could be nice too. I was dreading it until my self-imposed solitude led to such a state of peace. I think all may be calm AND bright.