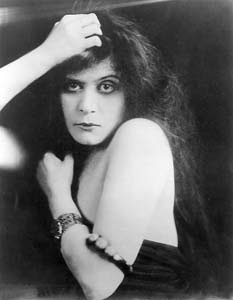 I was amazed to learn that there are one or two of you out there still willing to read this, even though the fabulous Parisian fantasy has come to an end. Bless your hearts. I did enjoy this entirely self-centered writing experience, so I may continue with this blog, until the novelty wears off once and for all. I promise never to write about dieting.

I have two days to choreograph and polish my first ever solo burlesque number. This prospect is entirely terrifying. I’m trying hard to channel some of the tenacity (and perhaps insanity) that drove me off to Paris by myself, but I fear that without the help of a stiff gin and tonic I may not pull this off.

The number will make it’s debut at a fundraising cabaret on Saturday night, and I’m pleased with the concept. It’s an Edward Gorey inspired tribute to the silent film era vamp. The music is of course a Lenni Jabour tune with just the right mix of drama and silliness. The trick will be to make the number read as being really tongue-in-cheek, and not like some crazed artsy chick taking herself way too seriously. I think breaking into the cha-cha mid-way through will help.

There’s something a bit sadistic too in getting up and doing that in front of people when you have not lifted a finger to exercise in several years. I try to console myself with the idea that the women I am trying to channel would have had very similar bodies. I won’t get too hung up on it, because some of you reading this may want to punch me. Let’s call it empowering instead, shall we?

Also, there’s the idea that perhaps it’s better if I curate and cultivate the burlesque numbers rather than participate in them. If it’s not my forte, I don’t want to look like I’m up there just because I need some of the glory, you know? I have been curious about what will happen if I just go for it though.

I’ve booked a private studio at work on Saturday, and I have a bag of treats to practice with. Fingers crossed…

(p.s. The title of this entry is because a bottle of marshmallow scented body spray leaked everywhere in my purse, and now only my left earphone works. But my ears smell delicious.)