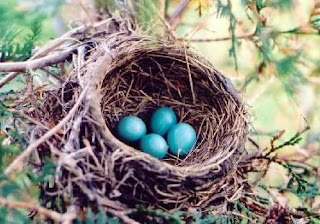 Because mine isn’t. It also smells like mushrooms and has begun to sprout mold.
(insert mighty, world-weary sigh here.)
I’m definitely off my game. The last four days have been exhausting, and I don’t want to start whining, or sound like I’m engaging in any form of self-pity, but I am just really ready to have a home of my own, with a fluffy bed to curl up in, and my doggie snoring happily away at my feet.
I cleaned my toilet tonight. I tried to imagine what the bathroom will look like when it’s all finished. I think I’m going to have to take some before pictures for you, so you can really see what I’m dealing with. The tub is going to be awesome. It’s really big and deep. I will be as decadent as a gal can be with such a tub. There will be bubbles, and candles, and champagne, and I will soak away two months of couch surfing, and generally bad ju-ju.
The gaping hole in the wall where the dormer is in my bedroom is next, hopefully. It’s scary. Imagine the architectural equivalent of a sucking chest wound. All the flesh has been ripped back, and you get a clear view of all of the bones and innards, there is a strange smell, and I’m sure there are things living in there. It’s leaking too. Apparently there is no point in fixing that part until the roofers fix the leak, and nobody seems to know when that is happening.
I learned tonight that there’s a small corner of my apartment where if you vacuum, the vacuum cleaner throws sparks, and if you touch any of the metal parts, you get a shock. I tested this phenomenon over and over, and it’s just in one small corner. I’m sure it’s a simple explanation that has everything to do with physics, but my brain just doesn’t work like that.
I moved some things around to try to make the place look more homey. I feel like I’m a long way away from homey, for sure. Thank god I have a couple of house-sitting options lined up. I just have to get through next week, and it’s smooth sailing until July, I hope!
If I won the lottery, I would hire a kick-ass contractor to bring in a team to reno the whole house. Then I’d buy it. Then all of this insanity would be worth it, because I’d have equity and be a real grown up.
For now, I’ll just have to keep on the sunny side, and try to organize the chaos. It might be a good exercise in purging!

(Does anyone know how to take out windows so you can clean them??? I don’t think the rope and pulley system I’ve fashioned is going to support my weight.)