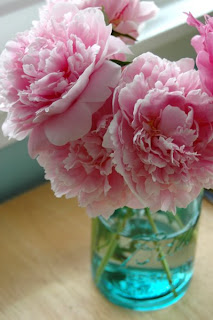 A saucy young window washer repelled off the side of my building today and dropped down in front of me like Spiderman.
“Hmmmm….” I thought. “This is an interesting way to start the day – men raining down from the sky with a wink and a nod.”
That was when I decided to shut off my brain for the entire day. It’s been working incredibly well. Even when I found out my contractor hasn’t been in the apartment all week, and not a single thing has been done. I began to fret momentarily, but then reminded myself that my brain was off, and therefore I couldn’t worry or get anxious about the renovations that just aren’t happening.
I toured around the city today with Megan in tow. Megan is my cousin’s beautiful yellow lab puppy, and she and I are hanging out this week in her lovely Yorkville condo while her dads are in Scotland. We went to meetings and ran work errands, and it was lovely and hot. Everyone wanted to say hello to her. She’s incredibly cute.
After I dropped her off, I popped by the office, and decided to walk because it was so lovely and steamy outside. I’ve been making a habit of smiling as much as I can to people on the street. I’ve decided to officially launch a “Gracious Living” movement, whereby I embrace nostalgia and a slower pace, and really try to feel connected with people. I’m generally pretty good at this, but I want to encourage others to try it too.
So, I’m walking, and smiling, and stopping in the flower markets, and strangers are striking up conversation, and I’m exchanging pleasantries, and helping them pick out bouquets for their wives. I got an iced coffee from a great little place on Dupont called Ezra’s Pound, where the lovely Max gave me the scoop on the very handsome Ezra, who is apparently in Tofino, and apparently common-law with kids. I hit Shopper’s Drug Mart and picked out a delightful shade of orange polish that will give me the Popsicle Toes I’ve been craving. Now I’m going to take a nap, because I’ve spent a couple of hours doing actual work, but nothing that required my brain.
I may try to carry this through the weekend.
I wanted to buy new peonies because the beautiful ones my aunt left for me from her garden are starting to wilt, but they were $20 a bouquet! They really are so exquisite though.
The Fortress of Solitude will always have fresh flowers. That is the first rule. Hmmm…if my brain weren’t shut off, I might take this moment to think up a list of fun rules for the Fortress. Maybe some more will pop into my head while I’m napping.