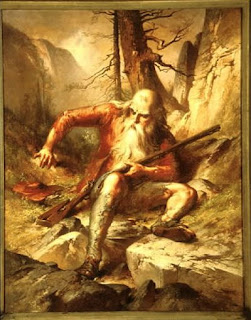 And I’m too tired to keep going, but can’t rest now because I’ll tumble into the abyss.

Ya know what I’m saying?

When I was little, one of the most marvelous things I could buy with my allowance, second only to sea monkeys (which I still think were a farce) were these incredible little sponge figures that would expand to nearly four times their original size when you added water to them. After that, they were pretty much useless. They got soggy, and kind of boring. The real thrill was watching them grow, and seeing just how far they could expand.

My heart is a dime-store trick sponge. As soon as it gets a little bit wet, it expands to freakish proportions, and then is next to useless to me. It almost did it again, but I snatched it back from the bowl, and have now turned the hairdryer on it.

So tonight, as I sit in the Fortress of Solitude, slowly realizing that my dog likes my landlords better (he refuses to come upstairs with me), and only slightly amused that my cat is curled around my arm, purring like a machine and gently stroking my face with his paw, I’m wrapping my innards in what can only be described as cardiovascular Saran Wrap.

There are many things that are working very well in my world right now, so I think I’ll stick with those things that are uncomplicated and lovely for me. Things like art, and work, and quiet nights alone here. I’ve suddenly become one of those people who really likes to be alone. It’s very novel for me.

My family cat got hit by a car last night and killed. My dad found him curled up in a ball near the curb, still in tact. He tenderly scooped him up into a plastic bag, put him in the garage, and then sat silently in front of the flickering television for four more hours because he was too upset to sleep. He told me via email. He said he “sure will miss his little buddy”. I am very, very grateful that my father has my mom, and a second cat at home. The idea of my father all alone is one that always, always makes me have a lump in my throat.

That cat hated everyone but my father. That cat was one of four pets now that have been the divided children of my various failed relationships. I work so hard to build a home, inject it with domestic bliss, and then it all unravels like a poorly knit sweater.

I feel like getting a little bit Rip Van Winkle up in here.