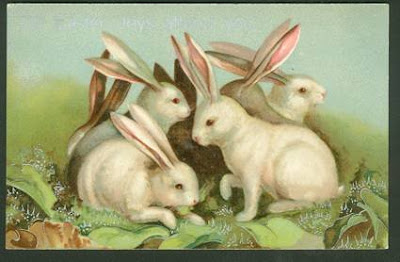 Today I happened upon this while eating some fiercely delicious leftover pizza concocted by my dear friend Joshua Hind. It made me smile, and it made my heart sing a little, and I wanted to share it with you:

From the Globe and Mail ‘Lives Lived’ section

At 75, Brownie was tap dancing. At 80, she was playing tennis. At 991/2, she was planning her 100th birthday party. Nobody loved a party like Brownie – especially if it was for her.

She wore bright colours and wouldn’t leave the house without lipstick. No Winnipeg winter day was too cold for her regular walk, and she was into healthy eating long before it was trendy. She overcame breast cancer at 54 and again at 71 without slowing down.

Until a month before her death she read two newspapers a day, watched CNN and read fiction voraciously.

Her real name was Claris but she was born with dark hair so she was called Brownie. It stuck.

Brownie graduated from the Winnipeg General Hospital as a registered nurse. She nursed there and also did private nursing. In 1927, the quiet, studious Sam Freedman asked her out. She was his first and only date. They married in 1934, although he hadn’t saved the $25 he felt he needed to get married.

Their marriage was fabulous until Sam died in 1993 from Parkinson’s disease. Brownie and Sam adored each other. They had three children – Martin, Susan and Phyllis. Their spouses, plus 10 grandchildren and two great-grandchildren, expanded Brownie’s inner circle of love. She was always on their side, no questions asked.

Brownie hosted parties with great style. As Sam’s star rose – he became chief justice of Manitoba and chancellor of the University of Manitoba – Brownie was always the power behind him. He knew that. We were never sure she did.

Brownie and Sam had a great life together. They travelled annually to Israel for Hebrew University meetings, were involved in their beloved Winnipeg and spent summers at Clear Lake, northwest of the city.

This past year, Brownie reread the love letters Sam wrote during their courtship and went over the countless scrapbooks she’d made, reliving more than 60 years of life with him.

Brownie outlived most of her contemporaries but had many friends, some younger than her children. Her devoted friend Veronica Mensforth took her to appointments, shopped for her and eased her later years.

A month before her death, small strokes left Brownie sometimes confused. Then she broke her ankle – she chose a hot-pink cast – and faced a future in a wheelchair. “This is beyond a joke,” she said. One afternoon she refused nourishment, and within 12 hours died peacefully. She left life as she lived it, on her own terms.

Brownie had a long and terrific run, inspiring family and friends with her positive attitude, her intelligence and her amazing zest for life.