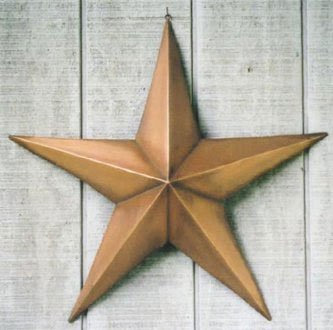 A short story written in the summer of 2008.

She heard him yelling before she saw him. “Hey Sister…what up?”

With a deep inhale she set her chin and smiled. Whatever. An adult male can ride a skateboard. There’s nothing wrong with that. It’s eco-conscious. Or a good sign that he’s fun and playful. Or something.

He hopped off the board (which seemed ridiculously large) and did that cool kicky thing that sends it from lying on the sidewalk to being neatly tucked under your lanky, freckly arm. He didn’t take off his aviator sunglasses as he shook her hand and gave her a comically cordial “Nice to meet you.”

He took her to a restaurant on the corner, and insisted that they sit inside so they wouldn’t be interrupted. The proprietors knew him, and endured his teasing and sarcasm. He ordered a lot of snacks. She wasn’t hungry. There was also a half litre of wine, which she was pretty sure would be mandatory.

She noted that he had the crazy eye. She could see it right away. The radar blipped quite clearly, and we all need to know that she saw it right away. He made her laugh though, quite sincerely. And he smelled really, really good. He also reminded her of her very first lover. He was like a ginger version, and better looking, for sure. Her first lover was actually quite hard to look at, but he taught her how to cum for the first time, in at least six interesting ways. They laughed a lot, and she knew that he and ginger shared the same healthy attitude towards getting naked and sticking your body parts into someone else’s. She really, really liked that.

There were lots of questions. She was doing all the asking, and then she stopped herself and asked if he was a narcissist. He thought she was joking, and told her that he wasn’t asking as many questions because he was watching her eyes to get all the answers. She tried not to roll them.

He kept telling her that he was quite convinced that their strange circumstances leading to the date meant that their paths were supposed to cross, and he could feel something “was up”.

Some of the questions couldn’t be asked. They were the ones about love, and family. There were almost tears, (not hers) and she wasn’t sure what to do with that information. She put her toes in a deep lake of pain, and wasn’t really happy about the prospect of swimming in those waters again. Not again. We’ve all got something. Some of us have lots, but she was not going to be someone else’s experiment in trying to go legit. “You’re on your own pal” she told herself “I’ll watch from the dock as you try a few new tricks, but I’ll be damned if I’m going skinny dipping with you.”

She was moved by his emotional vibrancy, but decided to never admit that to anyone. Ever.

More wine. And Frangelico. With the rope. Which she kept and tucked in the bottom of a suitcase when she got home. She really wanted to smell him. He showed her pictures he took of his daughter. She’s ginger too. A perfect little fairy girl. She had his big hazel eyes, and a fragile sadness about her. She wanted to meet her, but didn’t say that. She wouldn’t say that out loud for a long time. The daughter should have been a bump, but it was more effective than a puppy. More wine.

He kissed her once, simply, without any preamble. That’s the best way to do it. It didn’t remotely seem odd. He smelled really good.

They decided to go for a walk, but not before moving his car. She was relieved that he didn’t rely solely on the skateboard. The car was cool. Camp in the back of it cool. Better than a convertible with leather seats. It looked like a bomb went off, but there was a baby seat, and that was nice.

A walk. Garden sculpture and lilacs in bloom, making the city smell like Paris. Wisteria like Paris. A little shop like Paris with an Eiffel Tower outside. He took her hand and led her in. After taking some time to decide, he selected a card with the Eiffel Tower on it, and paid the gal behind the register. The ugliest little dog in the world sat panting on the counter.

Another restaurant. This one dirty, but in that good way. The patio, because it was balmy. Dirty gin martinis, and more Frangelico. He pulls out the card and gets a pen from the waiter.

“This is for us.” He says, eyeing her matter-of-factly. “We’re going to write little bits to each other back and forth until it’s full, and then seal it and put it in a box. Our box. And then one night, at the cottage, after the kids have gone to bed we can pull it out and open this like a time capsule, and we’ll drink wine and laugh about when we first met, and be like…yeah…and we’ll remember everything.”

There’s more kissing. He has a horrible moustache for this film he’s shooting, (Seriously. He’s an actor. That was a solid rule.) but she kind of likes how it feels, and she also thinks that’s making her flush. She thinks he would look perfect with a slightly scruffy almost beard and a trim so his hair is still kind of shaggy, but not so long. He smells like something she knows, but she’s not sure what.

They get the bill. Now the plan is the beach. Or the drive in. Or something. There is a quest for a fire log and a bottle of wine. The liquor store is closed, and they are led to an upscale billiard hall, where they find some couches and don’t play pool. There is a Tarot reader, and he gets his cards read. The reader tells him that it’s time to just be happy now. To beat his chest and be proud and happy and ok. Ok. A surprise martini and more Frangelico, with another rope. She keeps that one too. She’s not sure why she is still so mobile and articulate. He keeps telling her she’s pretty. She keeps kissing him. He’s sweet and really, really gentle.

They talk about camping and fishing. She wants to do both with him. Now. “Let’s just drive.” she’s thinking “Let’s just drive and park, and make fire, and have sex in a sleeping bag, and you can keep me warm and smell really good.”

They pay that bill too, and head to a local place near where she’s staying. More Frangelico and Irish Whisky. That’s it for her. Somehow, and this is where it starts to get fuzzy, he starts to talk about the box again, and kids. He wants more. He wants a red headed little boy, and maybe another girl. A sister for his daughter. He tells her he would protect them all. He would protect her too. She is locked suddenly into how urgently she wants to make a family. How every moment she dares to think about it her throat seizes up because she’s worried that she’s broken. Because of that thing that happened. That thing that doesn’t feel real. Tears are streaming down her face, and she doesn’t have to explain because he just knows, and so he takes her gently in his arms and just holds her. They say nothing for a little while.

He keeps telling her that he’s home. That he feels like he is totally safe and at home. He is so calm now. The pretense and posturing is gone. Under the comedy, and the sarcasm is a kind, and very normal person. There is so much work to do though.

They leave. They get snacks. Everything is really funny. She makes him laugh just as much because she’s clever sometimes. He takes her to a familiar building that is a converted loft. They hop into a little pit that looks like a place where there is some construction happening. He tells her he is getting her a housewarming for her new apartment. He pulls pieces of something from the puddle in an empty elevator shaft. She thinks they are goldfish at first. Then maybe rocks. He puts them into a plastic bag and takes her hand and leads her off. She feels really safe.

He takes her to her doorstep. They chew gum because they smell and taste like pepperoni. At the door, he begins to take out the contents of the plastic bag and lay them out on the cement.

They are little metal stars. There are a dozen or so of them.

“You have to let them dry, but when they do, they have this really incredible patina. They are for you. For your housewarming.”

He smiles, and then is suddenly sad.

“I have to go right now, or I won’t ever leave. When we each fall asleep, let’s think about pinball, and maybe we’ll see each other in our dreams.” He says as he gets into his car and drives away.

She sends him a sweet text message to let him know how much fun she had, and then she falls asleep thinking about the flickering lights of a retro pinball machine.

Later she would learn that he angered quickly, was terrified of commitment, and on that particular day, realizing he was out of his favourite cologne, had rubbed the powder fresh rear-view-mirror pine tree deodorizer all over him to hide the smell of summer sweat.

(The Card)
A water colour on the front depicts the Eiffel Tower
HE: With an arrow diagram. If I could, I would kiss her right here.
Inside
HE: It started this way…
SHE: Wisteria dangling, ripe with it’s own voluptuous beauty, as heady here as any other continent and I realized it was true…you could take that feast with you anywhere and unfurl the checkered cloth whenever your soul was hungry for a beautiful snack…
HE: I stop when I can’t feel my cheeks! I bruise pretty easy, but I am tuff! I would…
SHE: You can’t spell, and I have always believed that there was a cut off age when you must retire a skateboard, but you knew my heart, and that is just like Paris…
HE: Please don’t be sad…take it! How did this happen…always forever.
There is lots of blank space left. On the back cover is the name of a song.
All I Wanna Do Is Rock – Travis