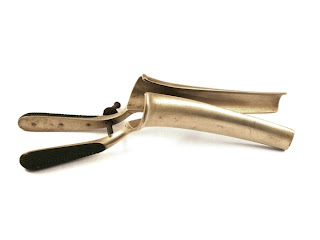 I realized yesterday I’ve been forgetting to water my plants. After I gave them all a drink, they instantly seemed to perk up. It’s basic, and simple, and somewhat inane to even mention here, but then I started to look at my own perkiness, which has been lagging. I need to start to treat this body like a temple again.

Now that the Fortress of Solitude is fully functional, I have no excuses. I think I’ve got to return to my former, impeccably healthy eating habits, and start to cook. I’ve missed cooking. Nothing else zens me out or gets my primordial juices flowing like being in the kitchen.

This is all topical too because I had my annual women’s tune-up today with my amazing new doctor. I turned up in some clothes that I had thrown on, undeniable bed-head, and no makeup on, expecting to fly under the radar of the world.

In the waiting room, I noticed this young hottie-hot-hot with a stethoscope around his neck fetching a patient, and I thought “Man, thank god he’s not MY doctor. I would be so embarrassed.”

He isn’t my doctor. My doctor is a young, hip, savvy woman who is saving the world with her medicinal gifts. She’s tiny, and funny, and fierce, and I’m so lucky to be a patient. He is however, her goddamned intern.

After my consult with the nurse practitioner (at teaching hospitals, each visit is an epic) I was ushered back into the waiting room, where I observed how rank my coffee breath was, and how I didn’t have a single mint or piece of gum whatsoever, and then Handsome the Intern comes in and calls me by my last name. My doctor is right behind him. They both say hello, and she says “Handsome is going to do your physical, if that’s alright with you, and then I’ll be in for the important stuff”.

I didn’t know what that meant, but I’m not about to stand in the way of anyone’s education, so I said “Sure, of course.”

Handsome and I are in the exam room together, and he says “I’ll do your physical and then assist Dr. Superchick with your pap, if that’s ok.” He smiles, and looks at me intently.

“Um….I say….” (For those of you who don’t know this, it doesn’t take a redhead much to blush furiously)

After the talking part, he gets me to hop up on the table to begin the exam. He first listens to my heart. I was surprised that I didn’t get admitted after that, but I suppose it sounded normal to Handsome. He went to take my blood pressure (which the Nurse Practitioner had already done, but I wasn’t about to tell Handsome that) and then he said “Actually, I’ll wait. Sometimes standing up quickly can affect your blood pressure.”

I hear that being closely examined by incredibly cute men can too.

He checked my eyes, and inches away from my face, in soothing dulcet tones says “So, what kind of work do you do?”

My medical chart says arts administration, but I couldn’t resist. Staring at the light switch on the wall as instructed I say “I’m the artistic director and a performer in a very high-end burlesque troupe.”

Handsome stops. Steps back. Looks at me. “Are you serious?”

I say “Of course. Why would I make that up?”

He says, “What does that entail?”

He checks my pulse next, and then asks me to hold on to his arm and relax. The Nurse Practitioner didn’t do that. I like his technique. He tells me my pulse is excellent, and then he begins to feel my throat and my glands. This part is very nice.

Just before he goes to get Dr. Superchick, he says “I forgot one important thing. As a very, very fair natural redhead, what does that mean?”

Before I can comment on either the carpet or the drapes he says “Sun protection. Always”.

I show him the scar on my shoulder where I recently had a mole removed. Very recently.

“Do you have any other moles that you would like me to look at?” Handsome asks.

I think of one in particular that only a few people have ever seen, and I say “Well, I think it’s ok. Like I said, this one was just removed.”

He then says “Do you have anyone to help you look at the moles you can’t see?”

It’s very hard now for me to contain myself. I shake my head wryly and say “No, but that sounds like fun. How frequently would you recommend that I do that?”

He now blushes and says “Once a month is probably a safe bet.” and follows with “I’ll have a quick look after your pap.”

He exits to get Dr. Superchick and I slip off my clothes and put on my super awesome hospital gown. They return, and get down to business.

Superchick talks about some of my medical history, and while she is doing this, Handsome the Intern is setting about on a mole hunt, and then she says “Schnoo, I just want to make sure you are comfortable with my intern assisting in your Pap.”

I said I didn’t mind at all, and then she says “Handsome, have you done her breast exam yet?”

Handsome says nope, and then Dr. Superchick instructs him to go ahead. She catches my eye as she says this, and though nothing is said out loud, I very strongly get the sense that she knows EXACTLY where my head is at, and that she could become the most sought after doctor in medical history based on the hotness of her intern alone.

Handsome looks at me. “Schnoo, if we could start by just having you fold down the top of your gown so I can look at your breasts for symmetry, that would be great.”

I oblige, and then he asks me to lay back on the table, and begins to gently do his thing. He tells me a story about how women aren’t encouraged to necessarily examine for lumps each month, but instead become very, very familiar with the shape of their breasts, their roundness, their colour, etc. He said the other method could lead to unnecessary panic. I assured him that I am very familiar with all of my body, except the moles I can’t see.

After the breast exam, it’s down to business. I have to say that I felt a twinge of guilt because of how ridiculously inappropriate this visit to the doctor’s office had become in my own head. The pap was also sort of mortifying, mostly because I’ve never even seen that much of myself, and it was very weird to have a handsome stranger poking around in there with really bright lights.
It was quick and painless though, and I think Handsome was right when he said he had one or two under his belt.

He then changed gloves for the internal exam. At this point, I really felt like I was in an amateur movie, and I feel it’s important to make it very clear that he was absolutely professional in every way, but when he started to put some clear gel on his hands, I had to ask “What is that?” just to hear him say “It’s lube, so that this is a little more comfortable for you” out loud.

Then, his next line was “I’m going to use my fingers to part your labia.”

Honestly girls, has anyone else had this happen? Because really, it was just too much.

We made it through the rest of the exam, and then after my doctor said “Thank you so much for allowing Handsome to assist. You’ve really helped him out a lot, and it was a very valuable educational experience for him, wasn’t it Handsome?”

And in turn, with an equal lack of any irony whatsoever Handsome replies “Yes, it was tremendously helpful. Thanks.”

Everyone said a pleasant goodbye, I got dressed, and then decided against leaving a $20 on the pillow of the exam table.